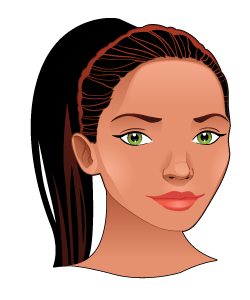 When my wife and I purchased our first home, we learned a lot about tree care. We had always lived in apartments, so when we moved into a home that had a yard filled with trees we put a lot of research into caring for them. We realized that having dead branches trimmed off our trees on a regular basis not only helped keep our trees in good condition, but it also helps keep our family and property safe from the hazards of falling branches. We are very eager to share everything else we have learned about tree care on our new blog, so check back often for new tips!

The emerald ash borer is a species of bright, green beetle that came to the United States from Asia some years ago. As the name suggests, this beetle feeds on ash trees. Its larvae burrow into ash trees, then emerge when they are adults. This process is extremely damaging to ash trees, and in most cases, kills them. So, if you own an ash tree and you don't know the basics about the emerald ash borer, now is a good time to learn! Here are a few primary facts worth knowing.

Emerald ash borers arrive in large numbers when they come. As such, they can wreak havoc on an ash tree very quickly. Many trees succumb to an EAB infestation within a season, and others hold out for two seasons. So, if you think you may have emerald ash borers in your ash tree, you need to act quickly. Don't hesitate or deem this an issue you'll handle tomorrow.

When EABs first started invading ash trees in North America, there was no known treatment. Since then, tree care experts have found that injections of certain pesticides can curb an infestation. However, these injections need to be given early on before too much of the tree's vascular tissue has been eaten by the EAB larvae. They also need to be professionally administered because they have to be given to the right tissues.

EBA symptoms are hard to miss.

If you know the symptoms of an EAB infestation, it's hard to overlook. The primary symptom is the death of various branches on your ash tree. A few will turn yellow while others remain green. Then, you'll notice D-shaped holes in the trunk. These are caused by the adult beetles emerging from the wood. If you notice these symptoms or see green beetles around your ash tree, contact a tree care company ASAP.

Whether your tree care professional can treat your ash tree or need to take it down, it's important to have emerald ash borer infestations handled professionally. This way, you'll be reducing the spread of the beetles to other neighboring ash trees. Don't just leave an infested ash tree there; it will harbor pests and allow their population to increase.

Now that you know the basics about the emerald ash borer, you can be better prepared should your tree become infested.